WATCH: “It shouldn’t be a problem for any gay person to play football” – footballer Liam Davis 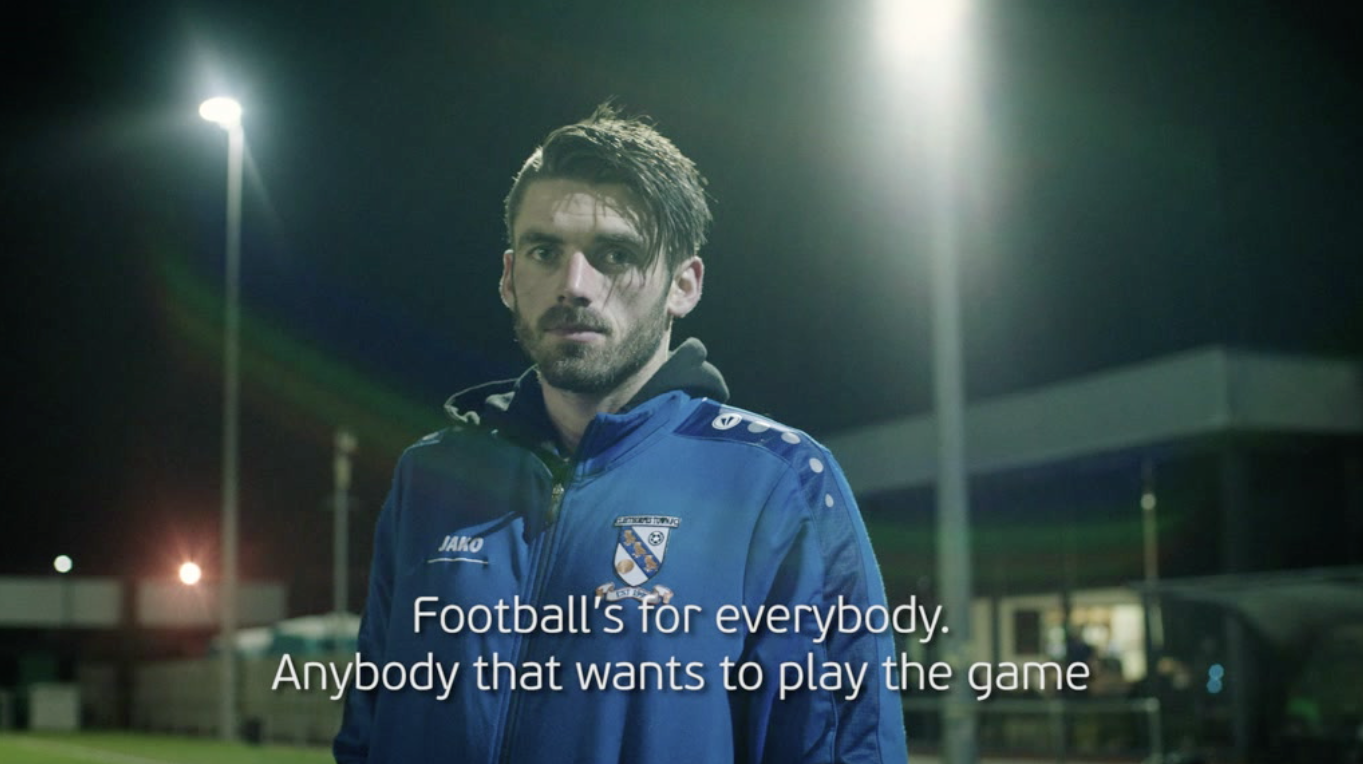 MEET Cleethorpes Town FC Midfielder Liam Davis; he has openly come out as gay and is the first openly gay male footballer to play on the English turf of Wembley Stadium.

Every month, as part of its #EqualGame campaign, UEFA is focusing on a player from one of its 55 member associations. This person will be an example that disability, religion, sexuality and race are no barriers to playing and enjoying football.

The 27-year-old footballer from the English county of Lincolnshire, who plays in midfield for Cleethorpes Town FC in the Northern Premier League, has openly come out as gay – and is also the first openly gay male footballer to play at Wembley.

“My sexual orientation has never been a thought when I’m playing football,” he says. “It’s just football. Ball, goal, game.”

Liam is a firm supporter of the UEFA #EqualGame campaign and the essential values that it represents. “Everybody’s equal in football,” he insists. “Being gay shouldn’t ever be a stigma.”

“Football is there for anybody who has a love for the game. Whether it be in a playing capacity, a supporting capacity or a watching capacity. There shouldn’t be anything to hold anybody back.”

And what would be his advice to a young gay footballer about coming out? “Just to be themselves, at any level or any standard that they’re playing at. Don’t over-worry and overthink things.”

You can hear Liam tell his story in the video above.

Stay on top of the latest news