WATCH: Scientists have CLONED two monkeys for the first time ever! 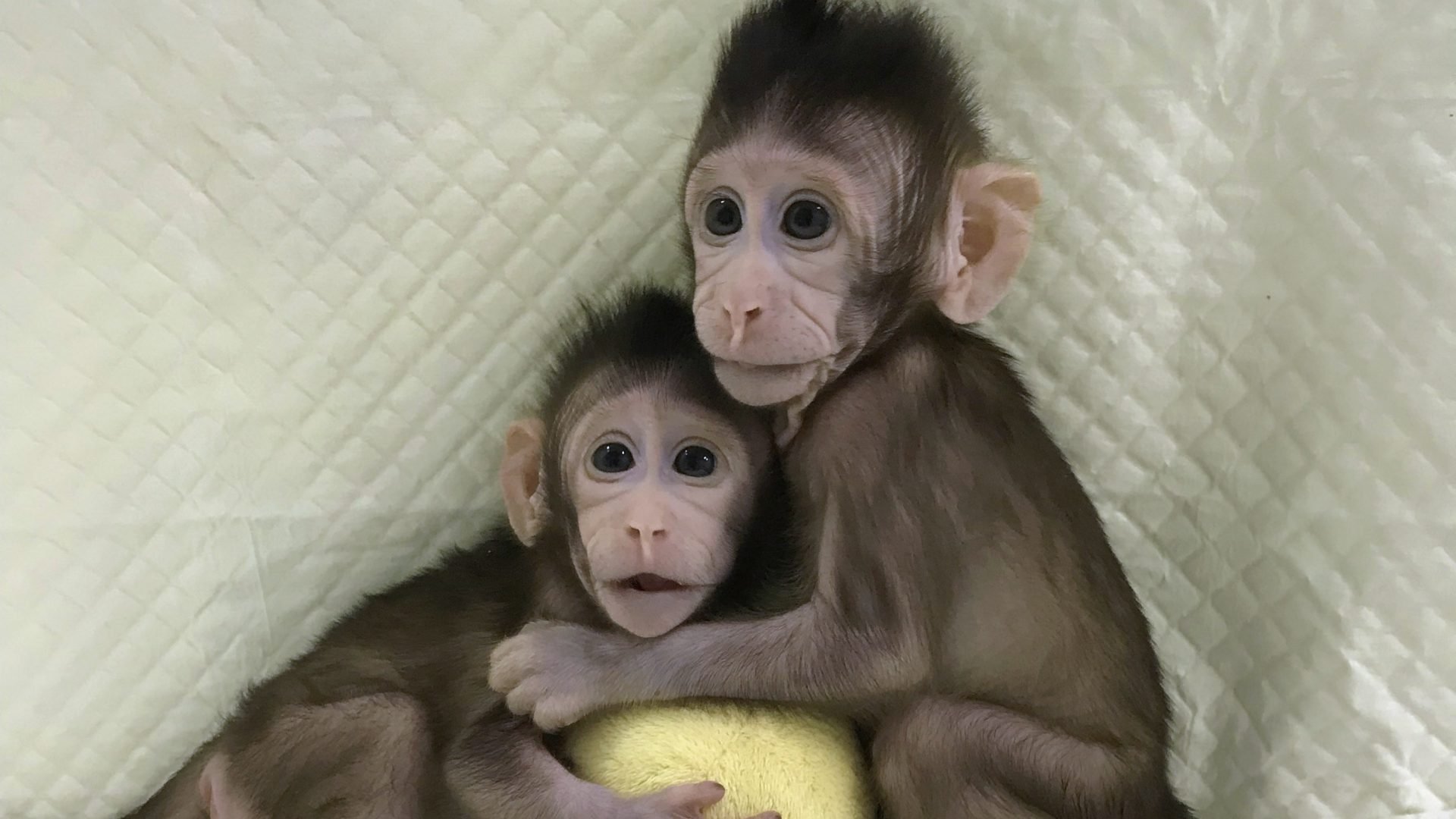 TWO monkeys have been cloned using the same technique that created Dolly the Sheep, a big step towards one day cloning humans.

Twenty years ago, Dolly the Sheep was cloned from the DNA found inside the cells of another sheep.

23 species of mammal have been cloned since Dolly – including pigs, cats, dogs, rats and cattle – but monkeys have, until now, proved resistant to the technique.

Now for the first time, two long-tailed macaques called Zhong Zhong and Hua Hua have been born at the Chinese Academy of Sciences Institute of Neuroscience in Shanghai using that same technique.

Researchers say that they could produce hundreds genetically identical monkeys using this technique, which could be used for research into human diseases.

Since the monkeys would have the same genetics, testing the effectiveness of new medicines on genetics-based diseases would be much easier.

Research team leader Dr Qiang Sun said: “We tried several different methods, but only one worked. There was much failure before we found a way to successfully clone a monkey.

So, does the breakthrough mean we’ll be seeing stories of human clones being born soon?

“The work in this paper is not a stepping-stone to establishing methods for obtaining live-born human clones,”

“These clones may be genetically identical, but we are far from only being made-up of our genes.”

Everything you need to know today is in out NEWS BULLETIN – out daily!

That is the cutest thing I've ever seen