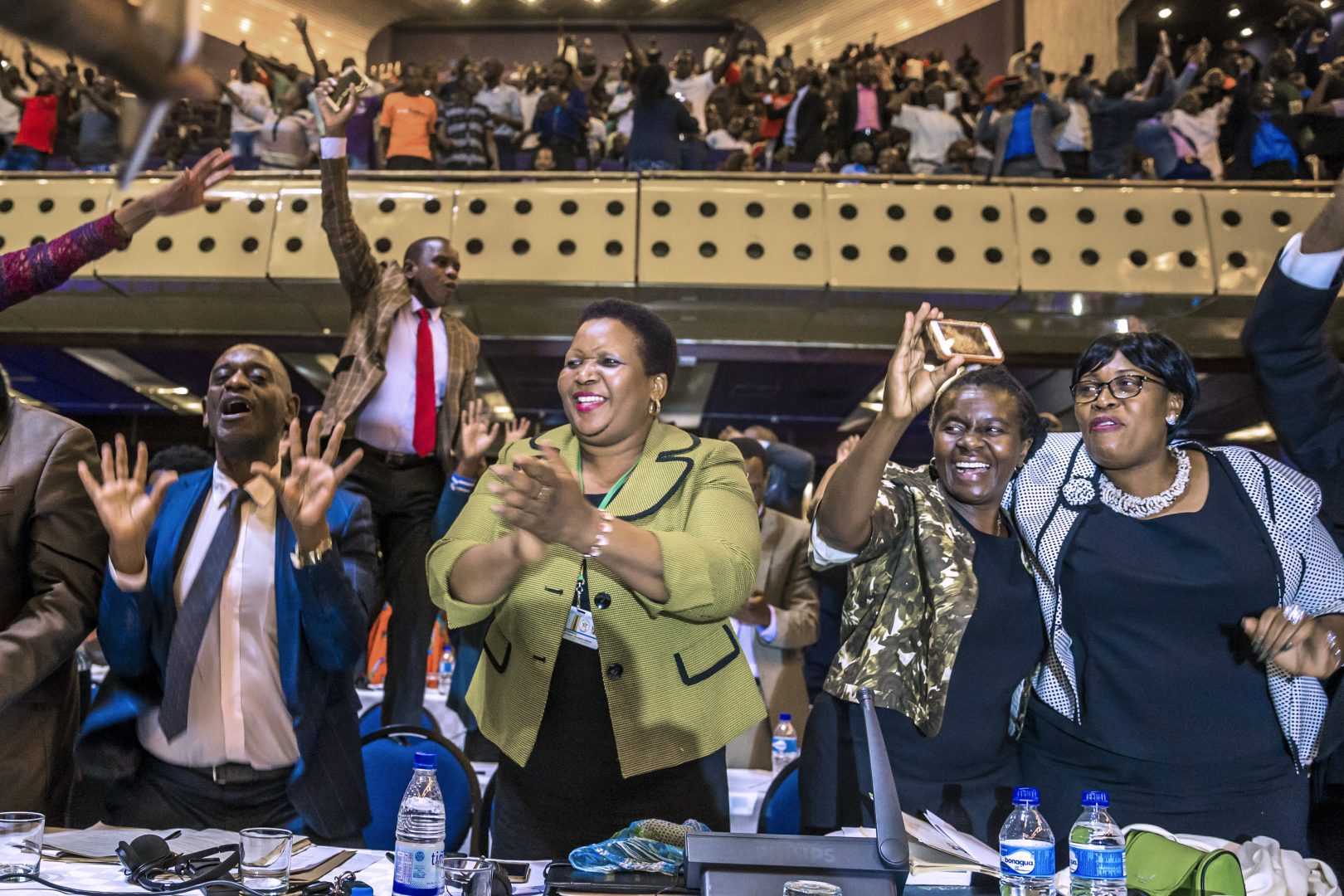 ZIMBABWEAN President Robert Mugabe has resigned, after swearing that he would lead the country until death – and beyond.

He resigned by letter, which was read out by the speaker of parliament – interrupting a parliamentary hearing that would have begun the process to get rid of him.

Cheers echoed through parliament once the letter had been read, and once the news had broke, the entire country broke into celebration.

End of an era

Robert Mugabe is 93 years old and has ruled Zimbabwe with violence and oppression for 37 years, following Zimbabwe’s independence in 1980.

In the last year, Mugabe has made moves to install his wife, Grace Mugabe, as the next leader of Zimbabwe.

Last month, he attempted to have his Vice President Emmerson Mnangagwa killed so that Grace could step in. Mnangagwa heard of the plot and fled the country.

Unhappy with Mugabe’s moves to instate his wife as President, the military pressured the 93-year-old leader into house arrest, and shortly after, his resignation.

It’s expected the Mnangagwa will step up to be President either tomorrow or Friday.

Across the country, people are celebrating – and one little girl wrote of how it felt to be amongst the partying.

“We are all so overwhelmed, we can’t believe it! Zimbabwe is now filled with hope once again! Zimbabwe can be happy again!”