Giant sea creatures swim through London to protest against BP 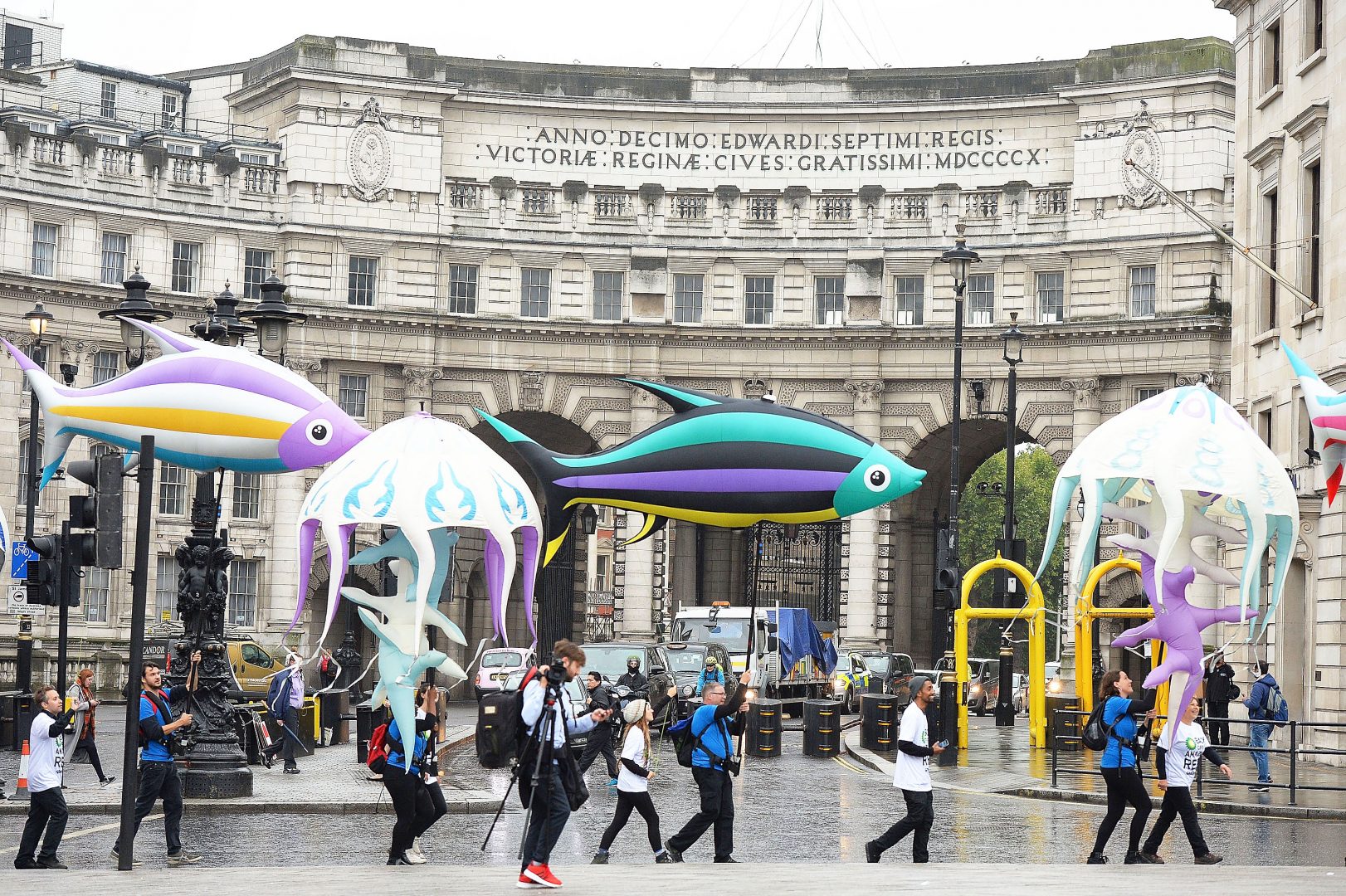 THIRTY Greenpeace volunteers brought a parade of a dozen giant tropical sea creatures to BP’s head office in London this week, to protest their plans to drill for oil near the Amazon Reef.

The procession swam down the Mall, around Trafalgar Square and then across Piccadilly to St James’ Square, where the oil company is based. They delivered a petition with over a million signatures asking BP not to drill near the reef, along with a map to show the company where the reef is.

Sara Ayech, oil campaigner for Greenpeace UK, said: “Everyone at Greenpeace was incredibly excited to be involved in capturing the first images of the Amazon reef, and we’re not about to let BP destroy a natural wonder before it’s even been explored. We’ve brought along these amazing creatures as reef ambassadors and a tiny taste of the beauty that is under threat from BP’s plans.”

Check out the sea creatures in the video above ?

sorry if i'm getting this all wrong, but didn't Spongebob protest against that? Because if he did then the BP head office should have considered their decision when Spongebob spoke the voice of reason!