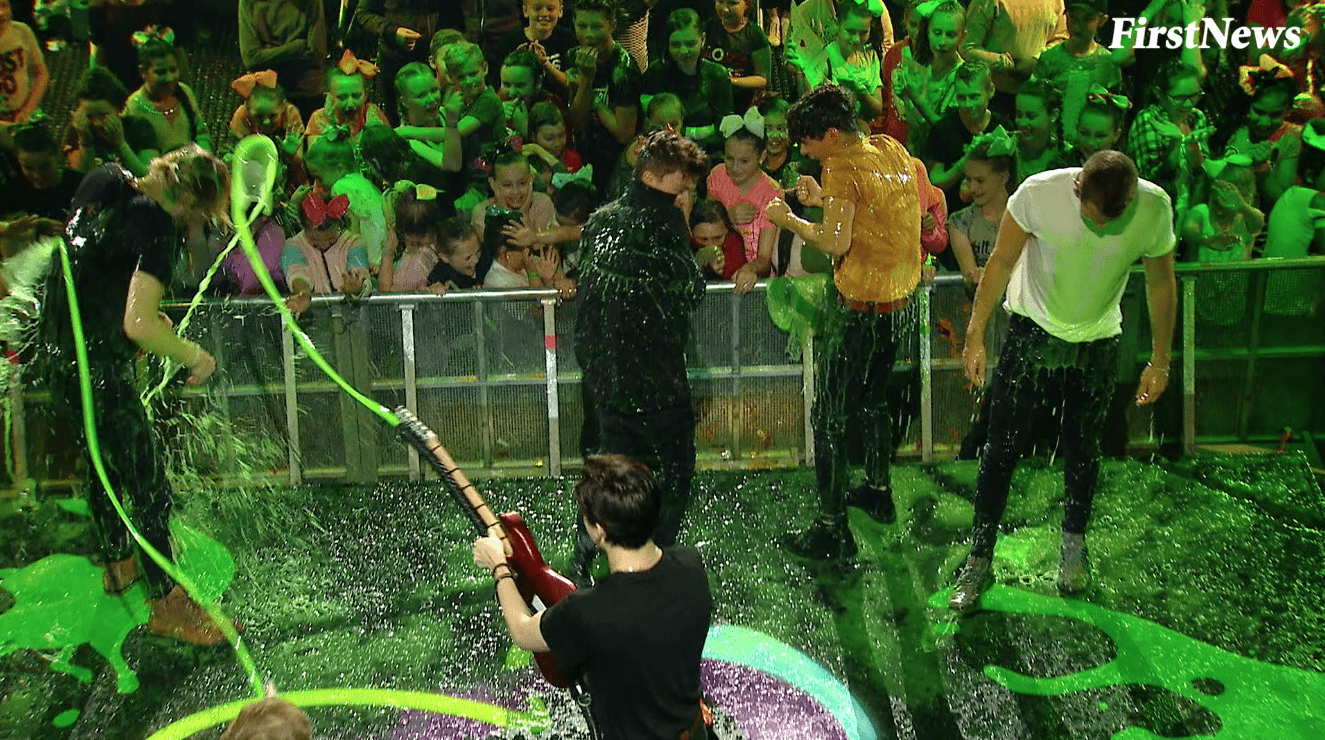 THE VAMPS got SERIOUSLY slimed at Nickelodeon’s SLIMEFEST on Monday (23 October).

The Vamps get slimed at SLIMEFEST!

A SERIOUS amount of music, mayhem and slime (mostly slime) took over The Arena on Blackpool Pleasure Beach this weekend for Nickelodeon’s SLIMEFEST.

Nick’s slimiest (is that even a word?) festival saw some of the biggest names in music and social media storm Blackpool, including Pixie Lott, The Vamps (watch the boys get slimed in the video above!), Matt Terry, JoJo Siwa, Diversity and hosts Jordan Banjo and Perri Kiely.

Popular YouTube stars such as Ethan Gamer, Ruby Rube, Tekkerz Kid and It’s Romello also attended the slime-filled event which saw 1000 kids covered in slime as they watched the from the notorious SLIME PIT.

WATCH: YEP. Poor Pixie Lott got the slime treatment over the weekend, too.

the slime fest was the most funny thing I have ever seen p.s I feel sorry for the boy band!

#LOL! That was so funny!