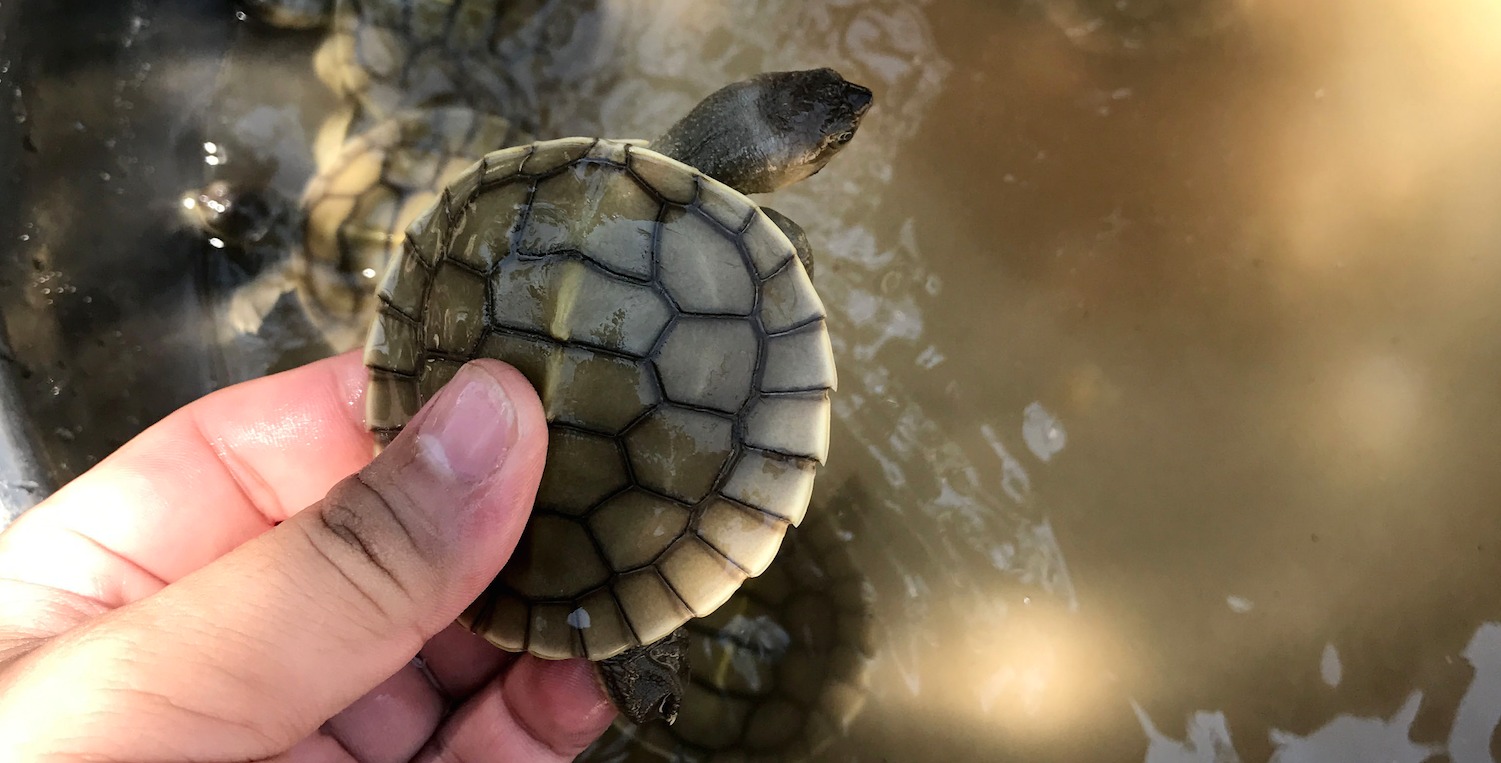 After being protected for three months, nine new Cambodian Royal Turtles have successfully hatched and were taken to Koh Kong Reptile Conservation Centre, Koh Kong Province for feeding, raising, and possibly breeding in the future.

The Royal Turtle, also known as the southern river terrapin (Batagur affinis), is one of the world’s most endangered freshwater turtles and is listed as Critically Endangered on the IUCN Red List. The species is Cambodia’s national reptile.

In February 2017, one nest of the turtles with 14 eggs was found by a villager along the Kaong River, the only place the species is still found in Cambodia. The Royal Turtle Conservation Team went to check the nest and built a fence to protect the eggs. In addition, they hired a villager to guard the nest until the eggs hatched.

“I am delighted to see those eggs have successfully hatched, and that the hatchlings have been taken to the conservation centre in Koh Kong Province. I am proud of the result, and especially to be part of conserving Cambodia’s Royal Turtles from extinction,” said Long Sman, who guarded the Royal Turtle nest for three months.

“There are only a few Royal Turtles left in the wild, so numbers of their nests are low. This year, the conservation team found only one nest, as compared to two nests found in 2016 and three nests in 2015,” said Som Sitha, WCS’s Technical Advisor to the Sre Ambel Conservation Project.

“This is a big concern for Royal Turtle conservation. If sand dredging, illegal clearance of flooded forests, and illegal fishing continues, then our national reptile species faces a high risk of extinction,” he added.

They were trying to escape.