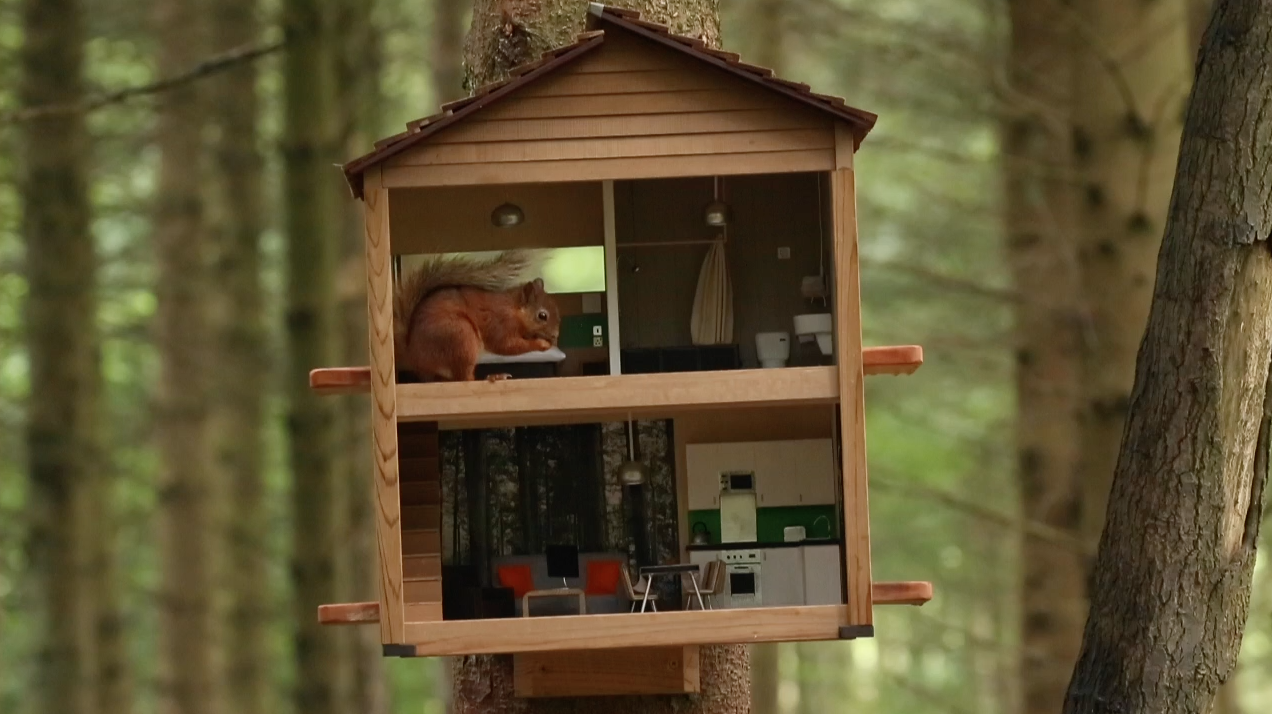 CENTER Parcs has created a cool feeding station – which is identical to the woodland lodges that human visitors stay in – for their resident red squirrels.

Over half of children have never seen a red squirrel, according to Center Parcs.

The red squirrel is currently suffering a major decline in the UK, with numbers falling to around 15,000 in England. There are fewer than 120,000 in Scotland, where 75% of the UK’s red squirrels live. The creatures are dying out because of a disease called squirrelpox, which is carried by grey squirrels.

One place you can see reds is Cumbria. Center Parcs Whinfell is one of 18 refuges in England and Wales that provide a safe haven for the creatures, and they’ve created a cool feeding station, which is identical to the woodland lodges that human visitors stay in! The lodge has been made with squirrel-safe materials and even has a hidden trough filled with nuts.

Check out a red squirrel settling into its mini-woodland lodge above.

For more nuts (LOL) videos, head to our LOL page.

Need more animal cuteness? Of course you do…

that squirrel is very curious!
also, it's very cute!