Hero hound Frida has been saving lives after Mexico’s earthquakes 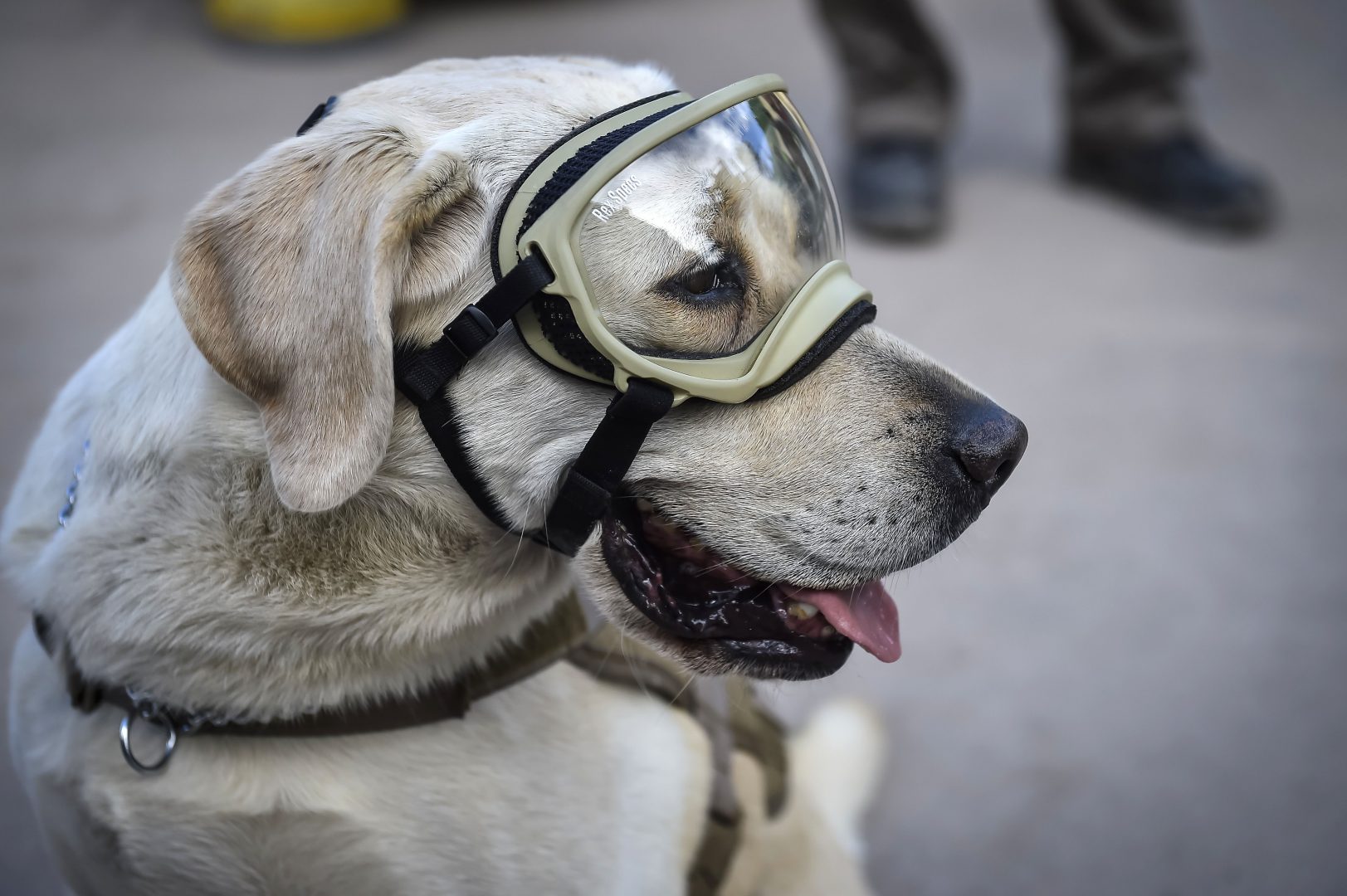 FRIDA is a Mexican rescue dog and has been praised for saving lots of people trapped in rubble after the country’s recent earthquakes.

The hero hound graces the front page of this week’s First News (on sale Friday 29 September), where you can read her incredible story in full.

Here are some snaps of the super pooch in action in Mexico. 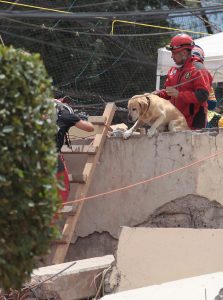 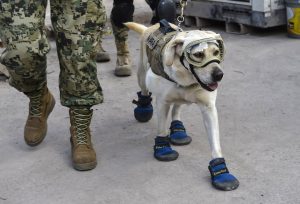 Frida, with her handler Israel Arauz Salinas, takes part in the effort to look for people trapped at the Rebsamen school in Mexico City (Photo credit: should read OMAR TORRES/AFP/Getty Images) 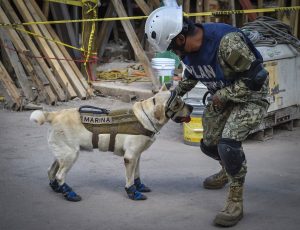 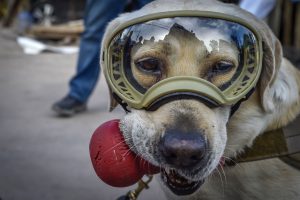 Learn more about the newspaper.

OMG Frida tux for saving all those innocent lives