Dwarf mongoose pups emerge from their den at Chester Zoo 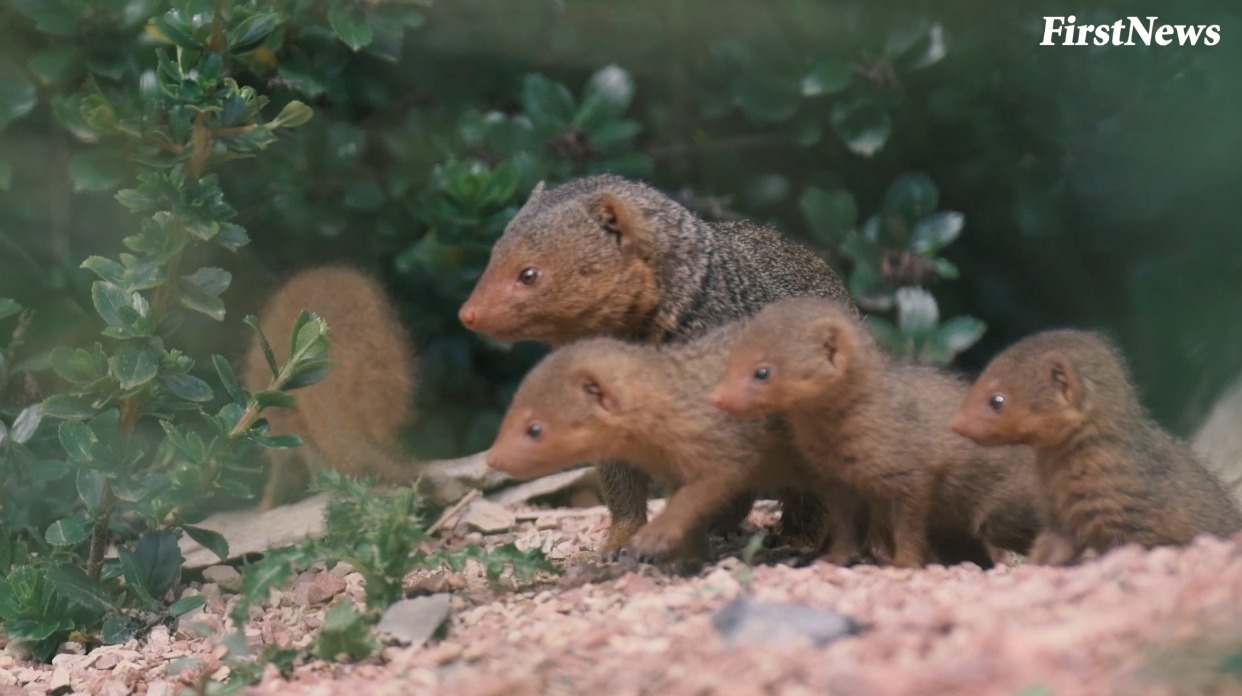 FIVE tiny dwarf mongoose pups born at Chester Zoo have emerged from their den for the first time.

The tiny youngsters, each similar in size to a Kit Kat Chunky, were spotted following in the footsteps of mum as they took their first steps into the outside world  – CUTE!

The quintet is the first litter for parents Mini and Cooper since the pair arrived at the zoo in late 2016.

Keepers were first alerted to the new arrivals several weeks ago when they heard “little squeaks” coming from their nest box.

However, only now have the pups opened their eyes and developed the confidence to venture out.

Nick Davis, Deputy Curator of Mammals at Chester Zoo, said: “Dwarf mongooses are curious characters and are incredibly adventurous and playful. The babies are certainly keeping mum and dad on their toes.”

Native to sub-Saharan Africa, the dwarf mongoose is the smallest of all carnivores on the continent, with adults growing to just 30cm (12 inches) in length.

Given the tiny size of the zoo’s latest arrivals, it’s too early for keepers to be able to confirm the genders of each of the pups and thus, give them names.