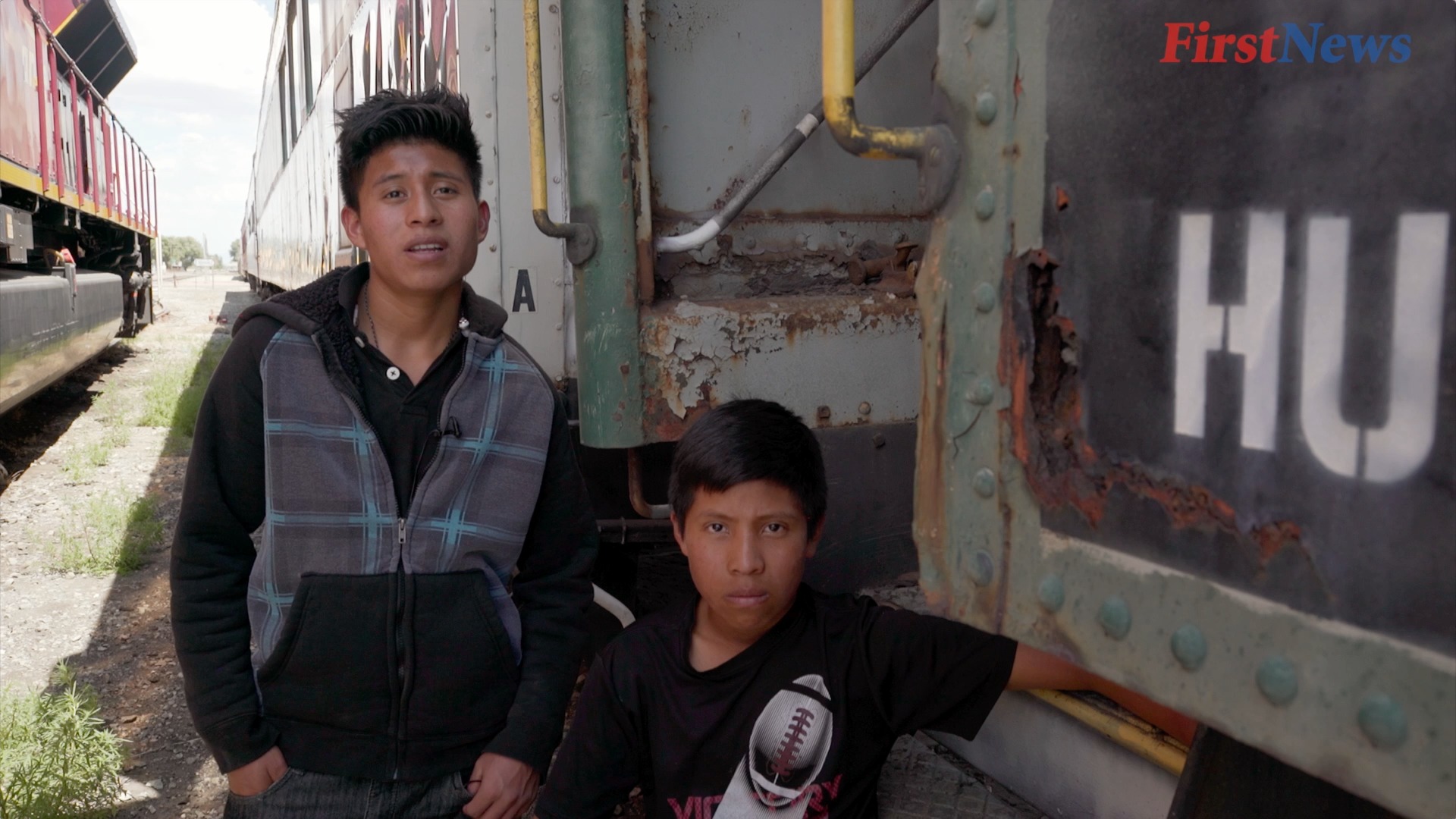 Every month, hundreds of children enter the USA illegally. They are escaping war and poverty in their countries. This is Antonio and Alex’s story…

Antonio is 15 and Alex is 11. They are brothers who fled from Guatemala, Central America. The boys say there is a lot of violence and not a lot of work in Guatemala. Antonio told us:

“When people lose their jobs, they become very poor. When families don’t have jobs, the kids can’t go to school. When children’s parents die, the kids have to leave school and go to work to survive. Kids are looking after kids.”

In 2014 a surge of 69,000 children crossed the border alone. Some were going to join their parents who were already in the USA. Others had lost their parents.

Antonio continues: “When we had our parents, we were very happy. We used to go out to have fun. We didn’t have to work. But my dad decided to go to the United States to work illegally, so he could send us money so we could have a better life. But then my dad died and my mum said she had to leave us for a while to find some work. We never heard from her or saw her again. We had no money. We were left with nothing. Out mother didn’t abandon us, she went to work so that we could have clothes or food. We don’t know what happened. Maybe a car hit her, maybe she’s still alive. We just don’t know. I was working in Guatemala and I would go out to look for jobs to raise money so we could pay for our escape… We had enough to get the bus to Mexico, but at the border they detained us and took us to a shelter where we were detained for fifteen days”

Illegal child immigrants coming to America must prove their life is in danger or that they are orphans otherwise they are forced back home.

But – meet Stephanie. She is a lawyer and she helps “gets kids out of jail”:

“The kids that I help,” she says, “have come to America fleeing violence and persecution in their home countries and they are looking to start a new life in America. Sometimes when the children cross if they don’t have any parents with them they are placed in a shelter for unaccompanied children, and are kept there until we can find a safe home for them to go to.”

Stephanie placed Antonio and Alex with their relatives in Colorado, USA.

The authorities are investigating their story.

Many Americans believe illegal immigrants are a threat. Others believe America should help them. The children themselves believe they have no choice.

Alex, the younger of the two brothers tells us: “Here, I’ll have a better life. Soon I’ll be able to go to school. When I grow up I want to be a teacher or a singer. I want to have a life here in Alamosa, Colorado.”

Watch more videos First News has made with Unicef UK.

Find out how Unicef UK work to keep children safe.

SO sad? DId First News not find their mother? Can you investigate? Trump wants to stop all refugees coming to America, just like the UK and people who voted brexit, my teachers say history will judge us badly. I think Trump should watch these reports, not all refugees are criminals Can first news interview him and show him these ?