WATCH: I Don’t Get It – What is Hanukkah? 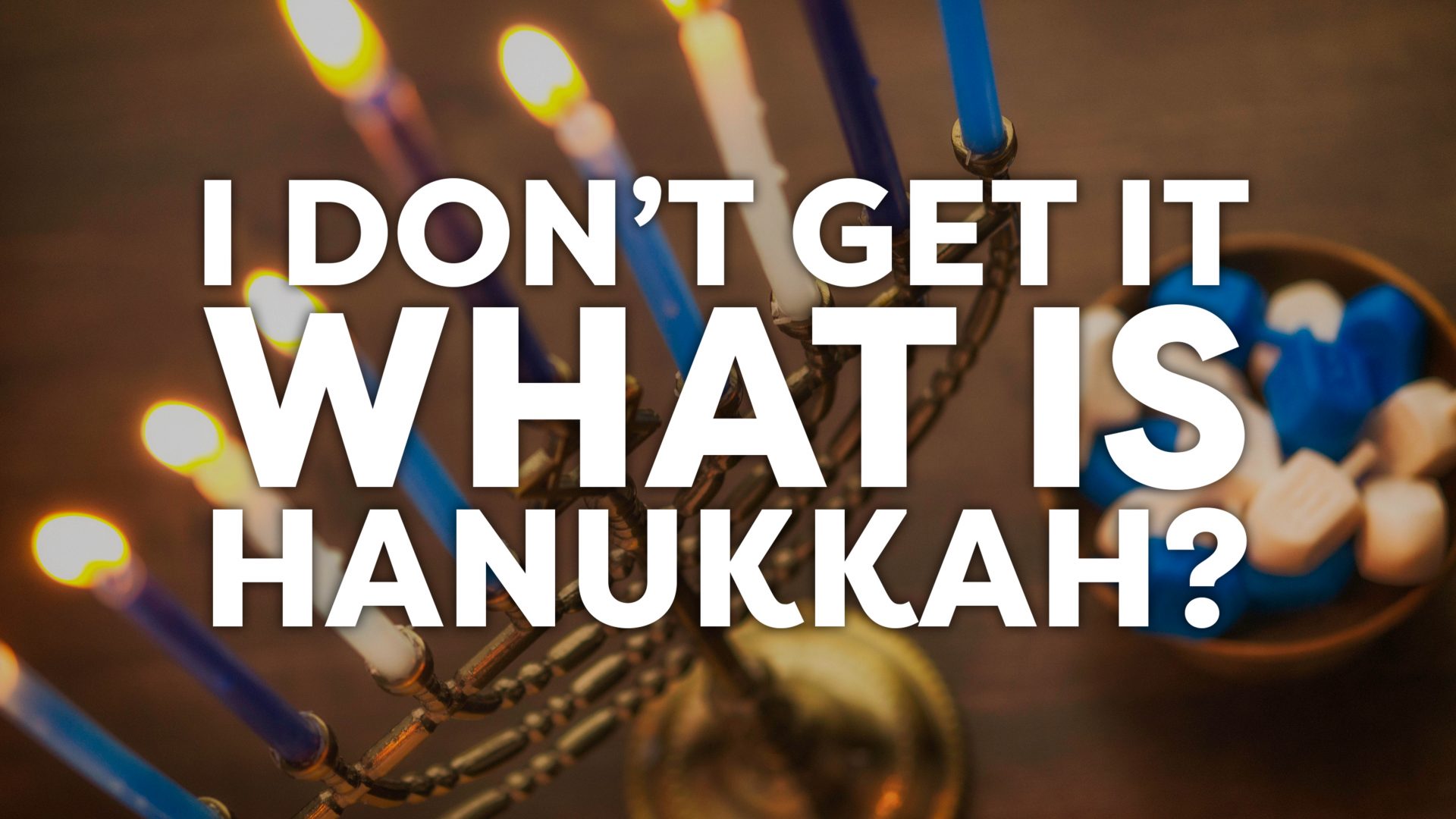 HANUKKAH is a Jewish holiday, also known as the Festival of Lights.

It is celebrated by Jewish people all over the world, every year, and lasts for eight days.

Unlike Christmas, the dates for Hanukkah change every year according to the Hebrew calendar.

The earliest it can start is 28 November and the latest it can end is early January.

The story of Hanukkah

The story of Hanukkah dates back nearly 2,200 years. A Syrian king tried to force Jewish people to worship Greek gods and abandon their own religion – Judaism.

A group of Jews, known as the Maccabees, stood up to the king, resulting in a three-year war. The Jews won the war, but their temple of worship was left in ruins.

Once the temple was repaired, the Maccabees used a day’s supply of olive oil to light a lamp, known as a menorah, which ended up burning for eight days.

The Jews saw this as a miracle from God and have celebrated Hanukkah ever since.

How is Hanukkah celebrated?

Hanukkah is celebrated with evening menorah lightings, fried foods and special prayers. Blessings are said as the candles are lit.

To remember the miraculous oil that kept the lamp lit for eight days, it’s traditional to eat foods fried in oil.

Here’s a fun fact! The most famous and popular Hanukkah treat is a deep-fried doughnut called a sufganiyah (pronounced ‘suf-gan-eeya’).

It’s traditional to play with a dreidel, which is a four-sided spinning top.

The festival is a time for friends and family to gather and remember the past, but also a time for fun, games and gifts.

More I Don’t Get It videos…

WATCH: Why Advent Calendars every December?

WATCH: I Don’t Get It – What is Artificial Intelligence (AI)?

WATCH: What is cyberbullying? How can I help stop it?