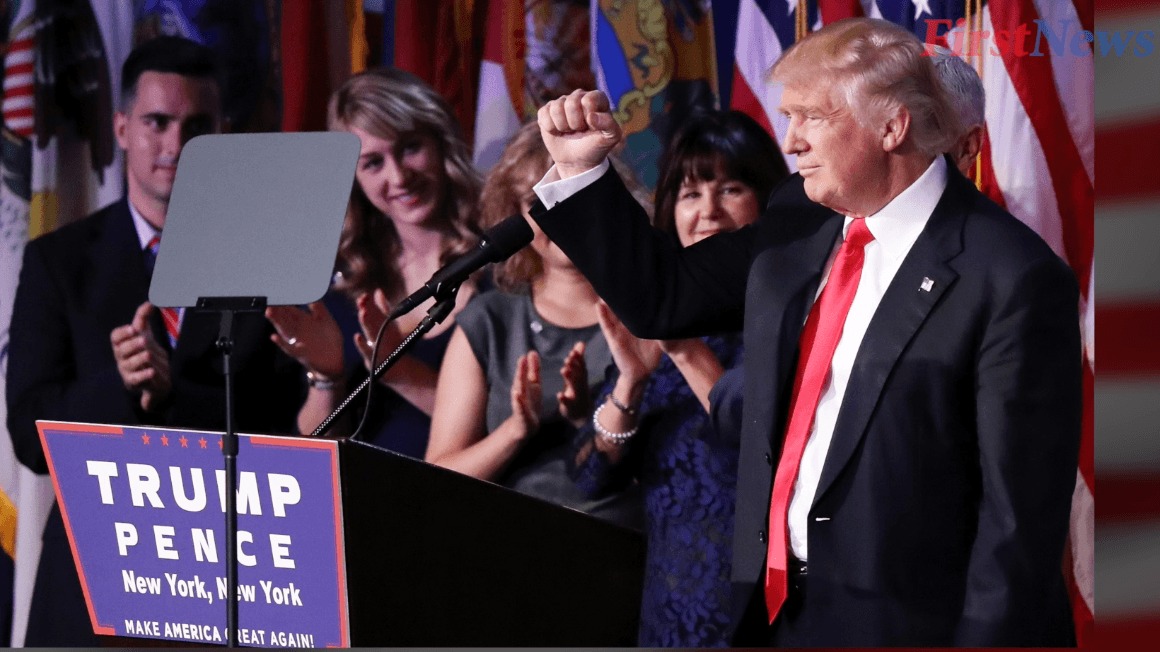 Who is Donald Trump, the new US president – and what does he stand for?

Donald Trump is a rich businessman.

He’s the star of the American Apprentice TV show.

At 70 he will become America’s oldest ever president.

Why are people worried that he will be the new president?

Trump is tough on immigration.  He wants to build a wall on America’s border with Mexico.  He wants to ban Muslims entering America.  He thinks that will stop terrorism. He supports gun ownership.  He doesn’t believe in climate change.

He has been criticized for the things he has said about women, other races and countries.

But what do some people think is good about Trump?

Will Trump gets everything he wants?

He needs the support of other politicians to make his ideas happen.  The two main parties are Republicans and Democrats.   Donald Trump is a Republican.  There are more elected Republicans than Democrats.   But many republicans do not like Donald Trump’s ideas and they can vote against him if they don’t like his plans.

Trump says he wants to make America great again.  He has four years to convince America  it made the right choice.

How did Donald Trump get elected?  Read more about the US Election System here.

More in I Don't Get It, United Kids Of America

Why would anyone vote for Donald dump

He is the worst president ever

what is this world coming to?

who would want to vote for Donald duck

The Donald, but one major portion of the segment covered Trump's familial name and how it changed upon entering the U.S. from Drumpf to Trump.

?❌
I'm totally not into this! I'm worried about the USA's future ??

DONT THINK HE'S FIT BUT HE STANDS A CHANCE

sisterocks- I would agree with you about giving him a chance (people aren't completely bad, not even Trump) but it's just too risky. Others clearly think so, too, as there have already been several attempts of assassination.

I'm NOT a Trump supporter. It would be interesting to see if first news has anyone who is, though.

I am not a big fan of the tormenting Donald Trump. I know a lot about politics and can't stop talking about them! That video was very informative ?

I think the future of the USA is going to be a very tough one. America is AWESOME but with Trump around.... I am not so sure....

Plus I agree with sisterocks

Hillary Clinton would've been better or just for Obama to stay

I think I saw that Trump doesn't care about climate change and he is relatively good friends with Theresa May.

That was a parody of American Idiot by Green Day.

Seriously though, WHY WOULD ANYBODY VOTE FOR DONALD J. TRUMP? All he’ll do is bring America down to the floor, not make it “great” again! Plus, everybody’s seen those Britain First videos he shared on social media. A big offence to the UK! If only kids had voted, then we’d have a President Hillary Clinton!
#DownWithTrump

Actually I do agree with sisterocks. He is a stupid idiot, no doubt about it, but I’m not sure if he’s all bad. At least he isn’t like Vladimir Putin or Robert Mugabe. Like how he says he’s gonna increase employment in the US.

I can’ t believe I just said something kind about the mean old wrinkly across the pond. I ain’t no Trump supporter!

What is happening!?! Is the world this crazy!?!